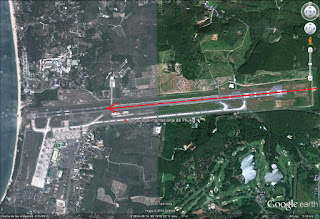 On 16 September 2007, a McDonnell Douglas MD-82 being operated by One Two Go Airlines on a scheduled passenger flight from Bangkok to Phuket attempted a missed approach from close to runway 27 in day VMC but only climbed briefly before a steep descent into the ground occurred within the airport perimeter. The impact and subsequent fire led to the destruction of the aircraft and to the deaths of 90 of the 130 occupants, serious injury to 26 others and minor injuries to the other 14.

An Investigation was carried out by the AAIC of Thailand with significant assistance from the NTSB. The DFDR and CVR were recovered and successfully replayed and the non-volatile memory (NVM) from various equipment, including especially the EGPWS unit, also yielded important information.

It was established that the aircraft commander, an Indonesian National, had taken the role of PM for the flight with the First Officer, a much younger Thai National acting as PF. There was a very considerable disparity between the level of both the overall flying experience and the specific aircraft type experience of the two pilots. The First Officer, whilst having been operating on the MD82 for some time, had gained most if not all of his multi crew jet experience on the type.

It was established that the ILS approach in VMC had been made with the AP out but the A/T (autothrottle) engaged in conditions which clearly indicated that a temporary deterioration in the weather was imminent and which had included awareness of the preceding inbound aircraft reporting that there “was a Cb over the airport”. Nevertheless, the aircraft commander had allowed the First Officer to remain as PF and even when it became apparent that he was not able to achieve a stabilised approach as the wind velocity and variation increased, did not take control. Eventually, as the auto call out of 40 feet height occurred, an EGPWS Mode 1 Sink Rate Alert was annunciated and the First Officer called a go around. This was confirmed by the commander and the First Officer called for Flap 15 and manually pushed the thrust levers forward - but failed to set or call for TO/GA to be set - before ‘transferring control’ to the commander. Since the A/T was still engaged when the go around was called, retard mode had become active and since the DFDR showed that the thrust had returned to idle after the initial manual override by the First Officer, it was surmised that when control was passed to the commander without prior warning, the First Officer had removed his hand from the thrust levers and the commander was initially using both his hands on the control column. All other go around actions were completed including the necessary pitch up but at no subsequent stage was the TO/GA switch pressed. The aircraft reached a height of almost 300 feet aal before it ceased to climb as a consequence of lack of engine thrust. Further EGPWS alerts and a final PULL UP warning were found to have occurred in the descent shortly before impact, upon which a fire immediately broke out. Four minutes after the impact, the weather had deteriorated further to 800 metres visibility in heavy rain and conditions below landing minima. It was noted that the aircraft had been fitted with a reactive wind shear alerting system which it was established had been serviceable, but no activation of it had occurred until the final second prior to impact.

It was noted that there was no provision in the Operations Manual for a handover of control at the point of go around and considered that confusion about system status would have been exacerbated by this sudden and unplanned / unanticipated handover. It was considered that the aircraft commander could reasonably have taken control at a much earlier stage of the approach and/or called an earlier go around. The Investigation also noted general non compliance with SOPs by the accident aircraft flight crew (although no conflict between them) as well as considerable deficiencies in practices of the aircraft operator. It was also found that both accident flight crew had exceeded various elements of the applicable flight time limitations scheme, although no hard evidence that either was fatigued as a consequence of this in a way that affected the accident outcome was presented by the Investigation.

In respect of the Airport, the effective but non notified unserviceability of the LLWAS due to it being powered by solar cells which had run down after a period of cloudy weather was noted. Aspects of the emergency response were also considered unsatisfactory.

The Commission determined the Probable Causes of the Accident to be as follows:

• The flight crew did not follow the SOPs (for) Stabilised Approach, Call Out, Go Around and Emergency Situations as specified in the airline’s FOM
• The Take Off / Go Around (TO/GA) switch was not activated, resulting in the inability of the aircraft to increase in airspeed and altitude during the go around. Also, there was no monitoring of the change in engine power and movement of throttle levers, especially during the critical situation.
• The flight crew co-ordination was insufficient and the flight crew had heavy workloads.
• The weather condition changed suddenly over the airport vicinity
• The flight crew had accumulated stress, insufficient rest and fatigue
•The transfer of aircraft control took place at a critical moment during the go around

A total of 17 Safety Recommendations were issued as a result of the Investigation as follows:

The Final Report of the Investigation was published in June 2010. 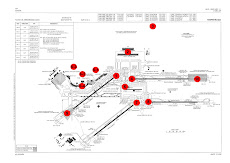 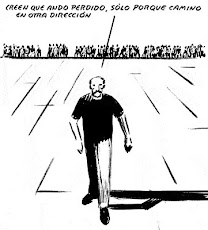 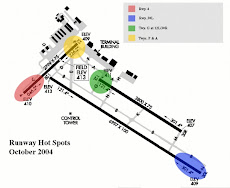 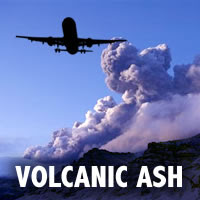 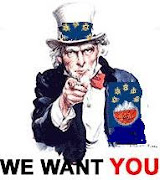